"Man and Wife" by Katie Chase

I've been thinking a lot about this story by Katie Chase, which was published in The Missouri Review and then 2008's The Best American Short Stories, before it won a Pushcart Prize in 2009.

Maybe this is because my own daughter is a spindly, and unusually wise, fifth grader and I can't even fathom....

Maybe because, where I live in Las Vegas, we are surrounded by many religions and I'm regularly shocked by beliefs utterly contradictory from my own, reminding me of the importance of recognizing the vastness of the world, and even my own neighborhood.

Maybe because Chase delivers what feels very much like an authentic accounting of a child bride discovering and coming to grips with her destiny.

Anyway, here is "Man and Wife," your Sunday morning read (or listen, if you prefer): 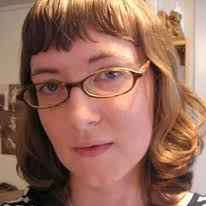 Coco Rosie and Emma Freeman tell another heartbreaking story of the child bride with this song and film:

For an even fuller understanding of this too common ritual and how it impacts the world on a greater scale, take another ten minutes to watch "Too Young to Wed: The Secret World of Child Brides," an important film by Stephanie Sinclair.

If you are moved to, take action:

Newer Post Older Post Home
Subscribe to: Post Comments (Atom)
I'm on a mission to read a short story a day. (Sometimes I lapse; other times I get ahead of myself and read two in a day.) My reasons are many, but at the heart of them all is my love of short fiction and my determination to master it. One day I might share my own stories with you, but for now I'm just passing on the fine work of others.

I'm Chantal Corcoran, a fool for the short story. I read'em, write'em, love'em and live'em. That's pretty much all you need to know, but if you're the curious sort (and readers and writers usually are) you can check out my website here.