I love it. Mostly because it really resonated with me and my own midlife crisis. Shapiro is one of my Lindgrens (you'll need to read the story). It's not that I rowed with her in college; I've never even met her. I don't stalk her on Google either, but I do envy her talent and her success, as I see it from the distance of my own life. Anyway, that her story was the one to remind me that the grass my children play in is pretty damn green, too, was very cool.

But what's especially satisfying about "Supernova" is the fully complicated characters that Shapiro unfolds in just so many words. I've read it several times and each time my heart beats with anxiety to watch Shenkman struggle to communicate with his beautifully quirky son.

Damn, but we're complicated up close, aren't we? 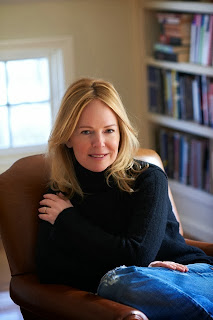 Posted by Chantal Corcoran at 9:41 AM

Newer Post Older Post Home
Subscribe to: Post Comments (Atom)
I'm on a mission to read a short story a day. (Sometimes I lapse; other times I get ahead of myself and read two in a day.) My reasons are many, but at the heart of them all is my love of short fiction and my determination to master it. One day I might share my own stories with you, but for now I'm just passing on the fine work of others.

I'm Chantal Corcoran, a fool for the short story. I read'em, write'em, love'em and live'em. That's pretty much all you need to know, but if you're the curious sort (and readers and writers usually are) you can check out my website here.